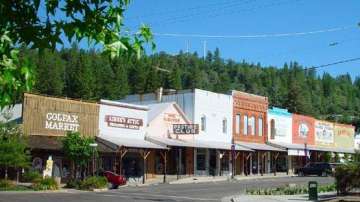 “Above the fog, below the snow”; the city of Colfax offers foothill living with access to the beautiful Bear River. Named after the 18th Vice Pres of the US, Schuyler Colfax, the town made a name for itself when it became part of the western portion of the first transcontinental railroad. Today, the newly refurbished train depot is the centerpiece to downtown. Amtrak service runs daily from Colfax to the San Francisco Bay Area and the Reno corridor offering easy transportation to many outdoor and urban adventures!